This is a novella written in the first person.  The story reads like an official report.  But this is okay as the protagonist, Jack Toback, is a government servant brought up through the ranks of a USA prison service.  He makes some small attempts at humour, which though few, fit into his personality.

He is put in charge of a revolutionary correctional facility run by robots and there is a great deal of description about their development and how they work.  Although the narrative is set in the future it is very relevant to the current time as the use of electronic technology and robots are becoming more integrated into our society.  The story left a number of issues unresolved.  This is not a unique or bad idea as it keeps the reader thinking about the various forces influencing the outcome of the automated prison experiment.

There is certainly potential here to expand the plot further and develop it into a novel or as a series of shorter stories.  The detailed style of writing may not be to everyone’s taste but it locked me in to turning the pages of my Kindle right to the end.  I can recommend it to any lover of dystopian fiction. 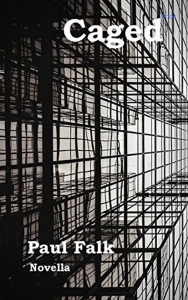 I spent most of my working life in the years BC (Before Computers).  When I started work at a UK Government veterinary laboratory at the end of the 1960s there were no calculators; desktop and laptop computers had not been thought of.  Instead, we worked out calculations and wrote letters with pen and paper.  Then a typist would type up the results of our endeavours and copies were made as she typed (it was always a female typist) on carbon paper.

The ladies of the typing pool were some of the kindest, jolliest people I have ever worked with.  Sometimes I dictated my words into a cassette recorder and handed them a tape, but most of the time they had to decipher my scribbled handwriting and most could touch type faster than I could talk.  When I presented the thesis for my Masters Degree for one to type, I did not know that the G and F on the qwerty keyboard were next to each other so that when the word, “buffer”, appeared in my hand written script (and it appeared frequently because of the nature of my study) it came back as “bugger”.  A red faced lady apologised profusely but instead of simply erasing the offending word with correction fluid, she insisted on retyping the whole manuscript.  Then came the first computers and word processors and I guiltily typed out my own letters and reports.  Then came the demise of the typing pool.

Now the personal computer is as much of my life as a pen and paper once were.  I am slightly dyslexic so the built in grammar and spell checkers are a godsend.  But the human interaction with someone who most always presented the text in a manner more pleasing to the eye than I ever could is gone.  Most repetitive human actions now seem to be being replaced by robots.  Even driverless cars are appearing on the roads.  The world is advancing at a pace scarcely envisaged three decades ago.  On the surface it appears that we may have lost something along the way but I like to think that we can still keep the human touch alive with art, music, writing and humour that people have naturally built into their genetic makeup which machines can never replace.