Violent scenes have more impact when they come as a surprise.  I am not talking about those in horror stories where the suspense leading up to the action is often more effective than the violence itself.  Battle scenes tend to be ongoing and have violence surrounding them but a sudden violent act amongst the turmoil can have a devastating effect.  A good example of this can be found in the book, “Against All Odds by Jacqui Murray,” which I reviewed recently.  Here the author expertly describes battles between primitive peoples but in the last battle the impact of a sudden violent act against an individual comes as a shock.

My novel “Magic Bullets,” opens in a prologue with violence perpetrated by a single terrorist.  This is not referred to again until well into the story but I hope has the reader wondering how this event effects the narrative.  I feel that placing such violence in a novel without any lead up to it can be much like what happens in life.  The real effect is in the aftermath and comes when the characters in the story deal with it.  Post traumatic stress is an occurrence which happens to many people who experience violence, including professional soldiers.  The skill of the writer is to examine how these effect the characters in the story. 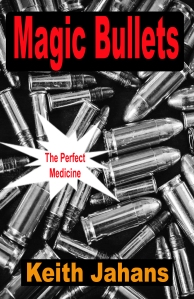 Published by Peatmore Press
as a paperback and an ebook

Book Review – Against All Odds by Jacqui Murray

I normally review trilogies by reading the first book in the series but in this case I went against my norm by starting at the last first.  This maybe because I have a passing interest in writings about early man and had read some of the works by Jean M Auel, starting with The Clan of Cave Bear, and having enjoyed them.

In this work I did not feel a pressing need to go back into the history of the central character but felt that I knew enough about primitive humans to skip that part.  I may have missed out on some of the story but feel that any novel featuring the same central characters should be able to stand on its own.  I found this book in that regard was largely able to do that.  However, it contained a large assortment of characters with strangely spelt names which probably made who they were and how they interacted clearer if I had indeed started with the first book.

The author had done her research and obviously knew a great deal about the period of which she was writing.  This was clear not only from the list of references at the end but also of the descriptions she used in the narrative.  Giving such characters depth is a challenge in itself as primitive peoples were far more involved in surviving from day to day than interacting with each other in what we would describe as a social level today.  The author manages this extremely well, giving the objects, animals and people that surround them names that were possibly used by humans of that time.  The book is a fascinating read and I highly recommend it. 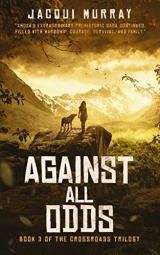